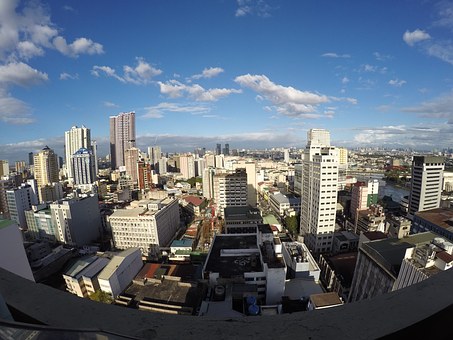 In line with the Philippines robust economy, the real estate sector in the country continues to grow in 2019 and it has remained popular as an investment with Filipinos and foreign investors. Indeed, the purchase price and rents are also constantly soaring, especially in primary areas such as Metro Manila. Still, these prices are comparatively more affordable than those in European countries. The residential construction activity has also increased, with developers continuously making new plans and new project concepts that will meet customer demand and to attract more investors.

Investing in real estate depends on many things, including the best place to invest. Whether you are looking to find a family home or to rent out your property for a good yield, you want to make sure you purchase one in a good area. Finding the right area can be daunting if you are just getting started, so here is a list of real estate hotspots in the Philippines.

Without a doubt, Metro Manila is one of the investors’ top picks. Being the capital of the Philippines, it has seen great growth in the economy over the past few years. The area contributes more than one-third of the Philippines total GDP. It is the nation’s capital and the hub of financial, commercial, and diplomatic activities. Tourism also plays a big role in Metro Manila as it is the major contributor to the regional economy. Additionally, the government is also working on a huge infrastructure program to improve public transportation (including Mega Manila Subway), healthcare, and education.

Prices may be higher than in other regions of the Philippines, but the area offers an excellent quality of life and will generate a higher income for those looking to rent out a property as it has many prime business centers and tourist attractions. Consisting of 16 cities, Metro Manila is huge, and it may be hard to decide which city is the best choice. Although almost every city is a good place to invest in, the following are two of the best.

Cebu is the biggest province in the Philippines, and the metropolitan area is the second-largest after Metro Manila. Nicknamed “Queen City of the South,” it is easy to see why Cebu has a booming real estate market. The province is prosperous with a strong economy, beautiful beaches, stunning islands, and natural resources. Tourism is the major industry in Cebu, and the province is improving its infrastructure to attract even more tourists. With the number of tourists coming to the city, the price of commercial and residential real estate is expected to increase year on year.

The best spot to invest in this province is in Cebu City, which was the first capital of the Philippines. Just like the province, the city is also undergoing fast growth. It is a center of trade, industry, commerce, and education. Many international companies are opening branches in the city, making it an even more popular spot for real estate investment. Although the prices are higher when compared to other cities in the province, it is still cheaper than Metro Manila. Other cities, such as Mandaue and Lapu-Lapu City, are also worth considering.

Baguio is also known as the City of Pines and is a mountain resort city located in Northern Luzon. It is known as the Summer Capital of the Philippines where people come to get away from the heat and dust of the lowlands. The city is home to top academic institutions, including the University of the Philippines. Investors can expect a high return on investment as the city has recently experienced huge commercialization and business growth. Today, Baguio is classified as a highly urbanized City. Also, business trade is dynamic and thriving due to tourism and exports.

Davao is the fastest growing city as well as the largest city outside Manila. It lies in a strategic location and is especially close to Samal Island, which is a popular tourist destination in the region. Here, you will find luxury condos and malls. The city is the center of growth in Mindanao, as well as the education hub. Due to its safe and clean environment, it is a retirement destination for Filipinos and expats. Davao is the hometown of the current President of the Philippines, Rodrigo Duterte, and the city has a developing business climate which has led to a high demand in real estate.

Where To Invest In The Philippines?